As I stated in the first article that the abdominals are a bridge between the torso and the hips. The Erectors are similar in that they also form a bridge but are formed on the posterior portion of the torso. The erectors connect the the torso to the hips as well as connect the head to the torso. So in this case they pass two major joints the hips and the neck. The Erectors like the abdominals support the body in posture. Erectors support in the back and the abdominal support in the front. Together they provide a strong tall skeletal structure. They also perform rotation of the spine to the right and left and side bending right and left. I love the image of the spine and hips muscularly constructed similar to a suspension bridge with anchors a span, with cables and post positioned to maintain suspension, stability and durability.

The Erectors come in three separate muscles in a common facial sheath. There is a medial, a middle, and a lateral erector on both sides of the spine. They almost look like braided rope as the descend from the head to the tail. Each side come together with one large facial sheath around them. They run from the top of the neck attaching to the skull base to the end of the sacrum at bottom of the hips (the coccyx). Since the Erectors are so long and have multiple origins and multiple insertions I will simplify many of these connections so it does not become too tedious to try and remember.

Now for a description of the three muscles of the Erector Spine. First we have the Spinalis the smallest of the three and the most medial this one goes from the head to the tail. Then the Longissimus the longest of the three this one also goes from the head to the tail. Then we have the Iliocostalis this muscle is the most lateral of the 3 and connects in the rib cage as it descends towards the sacrum. These muscles as well as the abs in front have a connection along the Thorocolombar aponeurosis (that wonderful broad flat tendon that is home to so many muscles including the transverse the external and internal abdominals. The Erectors muscle truly helps us stand up straight.

Finally we have the Multifidi muscles. These are short strong little ones arising from the sacrum and transverse processes of the spine to the spinous processes, between 2 and 4 segments. They are lager and more numerous in the lumbar spine. When contracting they rotate the spine from right to left. Rotation is a strong and necessary action of the spine and our ability to move freely in this plane is so important.

And least we forget, our muscles do not work individually but in concert with one another. They have redundant operations. Which means if on muscle is damaged there are usually others to take up the slack. Pilates is so powerful because we use full movements using our full body. Mind/Body forever !

Next up (The Gluteus Muscles) 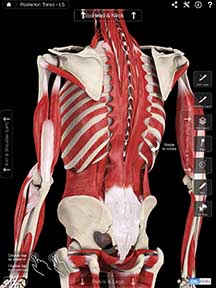 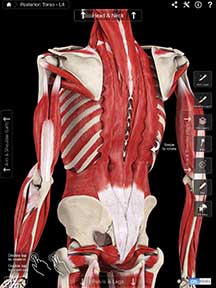 Just another brother trying to get some service! View more posts

One thought on “The Powerhouse. Core Muscle Review: The Erectors and Multifidi”